Why is Nonverbal Communication Important? 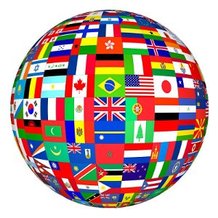 http://sixminutes.dlugan.com/cross-cultural-communication/
Nonverbal communication includes the details of communication that do not refer directly to the words being spoken. Every time we converse, argue, laugh, or even flirt with another person, nonverbal cues take up much of the meaning of that communication. This can include both unintentional and intentional ways of emphasizing one’s verbal communication. Nonverbals reveal encoded messages about several types of concepts such as power relationships, immediacy, regulation of interaction, truth, and universals vs. culture-specific situations.

Here is where a tricky part is: nonverbal cues are a part of a culture’s shared communication practices that can sustain their cultural identity and group unity, but they can also be the very norms that prevent intergroup interaction (Martin, Nakayama, & Flores, 2002, p. 163). While it may even be hard for us to determine the meaning of another's nonverbals, it is even more difficult to communicate with someone whose set of nonverbals carries completely different meanings than our own. Tharp (1989) states that conventions of conversation and are often directly related to cultural identities. These are essential elements that demonstrate similarities and differences among cultures (Chami-Sather & Kretschmer, Jr., 2005).

As Bente, et al (2008) explain, “In most instances, nonverbal cues are processed more quickly than verbal messages, and therefore are usually responsible for our first impressions…Although much of our nonverbal communication is ‘part of a universally recognized and understood code’ (Burgoon, Buller, & Woodall, 1996, p. 5), a great deal is rooted in our culture—and can therefore be culture-specific” (p. 269). Buck (2003) also comments that emotional and social factors are not independent from one another, but rather must be considered together. Human nonverbal expression is also paired with language, which produces patterns of “body language” that are very unique to human beings (p. 47).

This chapter will delve into the aspects of nonverbal communication both in a broad, global sense and culture-specific to Saudi Arabia and the United States of America. Because these regions are high and low context cultures, respectively, the way nonverbal cues are used greatly differ. It is dangerous to assume others will carry the same meanings for nonverbals as you do, and it is even more dangerous to quickly base a first impression off of one’s nonverbal. We each possess culturally-defined nonverbal cues and must, therefore, be patient and open-minded in cross-cultural communication.