Though dominant cultures can influence others, nonverbal cues may represent deeply hidden symbolic messages that are less susceptible to foreign influence (Korean print ad article). Hall and Hall write, “The essence of effective cross-cultural communication has more to do with releasing the right responses than with sending the ‘right’ messages” (p. 165).

Approaching interactions without consideration or concern for another culture’s norms or nonverbal cues can create great conflict. In a study entitled “Lebanese/Arabic and American Children’s Discourse in Group-solving Situations” by Chami-Sather and Kretschmer, Jr., many differences between the cultures were noted and gave way to issues in communication. The Arabic children were more verbal and more eager to solve problems than the American children (2005, p. 27). Both sets of children, however, had a willingness to solve issues—something many people grow out of eventually.

Adopting that same enthusiasm to learn about other cultures’ nonverbal cues and mannerisms will only assist smooth and respectful communication. It is ignorant to assume others converse in the same manner as we do, but it is a difficult task to look at what lies beneath the surface in intercultural communication. When we interact with a person from another group, it is easy to become focused on the words said. Once we recognize that meaning is often achieved nonverbally, communication can run smoother and become more enriching overall.


Conflict occurs in communication, even among people in the same culture. But having a willingness to understand another person, to learn about their background and their habits, is the most important way to become better global citizens. 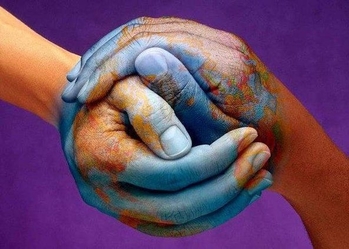