"’Social media’ refers to web-based and mobile technologies that people use to share information and ideas online.” (2012 “Social Media”) Social media is an ever-growing form of communication in our world today. With the amount that it is used each day worldwide it needs to be looked at in depth in order to understand some of the challenges and conflicts that can arise in using social media, as well as understanding how to effectively communicate using the different types of social media available. It is important to keep in mind that every culture is unique in its communication and that this goes for social media as well; the uses, and communication is going to vary cross culturally and this is something that one needs to take into account when addressing social media and communication across cultures other than his or her own.

Basic communication takes much research and practice to understand how to effectively communicate cross-culturally; throwing in in a different form of communication makes this even more complex. At one point in your life one will come into an instance where they need to practice their intercultural or cross cultural communication skills, and in the past this could only be done when physically in the position where one is immersed in the communication setting, but now social media is making it easier than ever to communicate across cultures on a daily basis. With social media become an ever-growing form of communication we need to understand its meanings, uses and how other cultures communicate using social media. In this chapter we will do just that, we will take an in-depth look at how social media has evolved in not only our culture, but other cultures across the world, specifically Saudi Arabia. We will also take a look at how different countries use it and why.

Not too long ago we were just talking to our friends and family over the phone and sending them mail with school pictures in it, and now in just a click of a button we can talk to anyone anywhere in the world, and even see them. Not only do we do that, but we have cell phones that can text, send pictures, access the internet, and we can instant message and email as well. Social Media has evolved from just one media site, to many more. This way of communication is just getting started and will not cease to stop growing anytime soon. The most popular social media sites that exist to date are Facebook, Twitter, Tumblr, Instagram, MySpace, Pinterest, YouTube, along with other news sites that allow for public discussion and opinions. These sites and many more are used around the world to communicate, for business and for pleasure. These sites are very common in the US, but are also becoming much more common worldwide, such as in Saudi Arabia. 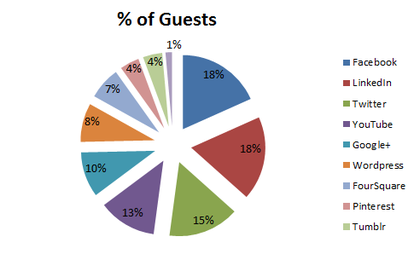 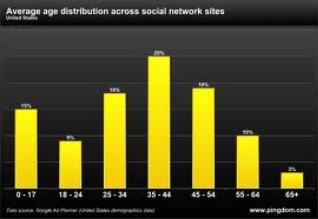 Let’s take a moment to think about the younger generation that is going to experience social media and grow up using it; “The National Literacy Trust released the results of a survey of over 3000 children. They observed a correlation between children's engagement with social media and their literacy. Simply put, social media has helped children become more literate.” (2012 Laurie) The way we look at this is that, children who are presented with social media and the ability to update their status, post on blogs, etc. are inspired to read and write more than those not exposed to these things, therefore, increasing their literacy. Going beyond child literacy to education in general, in the past people had to communicate their knowledge through books or even just word of mouth, which could be a long process, but now in a click of a button you have all of that knowledge right in front of you. Now let’s switch our focus from education to politics, “A recent report by PEW found signs that social networks may be encouraging younger people to get involved in politics.” (2012 Laurie) The Huffington Post is one of the most popular blogs on the web today, and this blog is mainly political. Many of the social media sites play important roles in politics, such as Twitter played an important role in the Iran elections and getting people involved. It can stand to be said that not only does social media have a rising influence on politics, but there is also a developing interest in politics from its users. Not only does a social medium provide a channel of learning and news, but it provides a sense of intimacy. Many people on a daily basis send pictures and messages to those in seconds that are in reality miles and hours away from them; this provides a sense of intimacy and closeness for those who are distances apart.

Social Media in the United States 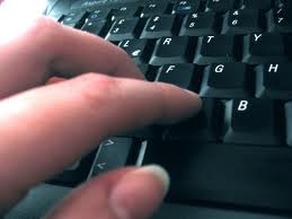 Social media has become a craze in the United States over the past 10 years and will not be coming to an end anytime soon. The uses of social media have become so varied and diverse and the amount of communication that takes place using social media is enormous. Social media has helped the US create many jobs and help many businesses run, just as much as it has hurt other business by leaving them in the dust when it comes to advertisement and communicating with customers. There are many different common uses for social media in the US, but there are also some pretty exclusive uses as well that have aided in changing the way certain things are viewed.

One exclusive use of social media by the US is by the Environmental Protection Agency, EPA. Social media is a way that the EPA uses to communicate to the public new information, findings, environmental conditions, solutions, etc. They do this to effectively help the public to better understand and learn not only what they are doing for the environment, but what the people can do, as well as the current conditions. Many other government agencies and the government themselves use social media to get information out to the people and to connect with the public; this is a way of keeping everyone informed. An example would be during the election period, there was much social media advertisement of each candidate and their views. Another specific use is when it comes to business and marketing. The Securities and Exchange Commission, SEC, bans business owners and producers to post any customer reviews and statements as a direct reflection of their product therefore owners and producers cannot be in close contact with their users unless using a personal site. These are just a few of the specific uses of social media in the US that go beyond the typical everyday uses.

The social media sites are the same across the world, but they differ greatly in the way they are used and the reasons they are used for. We are going to take a deeper look into one culture that social media has evolved a great deal, Saudi Arabia.


Social media usage used to just be used for social reasons such as networking and entertainment, but has quickly evolved to a multitude of uses in the everyday life of and Arab. Social media is now used for business, marketing, to interact with the government and to engage in civil society movement, along with many more uses. Many Arab users of social media have engaged in using this for multiple reasons: to encompass civic engagement, political participation, entrepreneurial efforts, and social change. The government in Saudi Arabia has embraced this new movement of social media and has put it to good use in relaying information to citizens and getting them actively involved in governmental and political issues. This is a very large step for Saudi Arabia because in speaking with Fatima Quarish, a citizen in Saudi Arabia, she explained that relaying information about what is really going on in the government is very new. She explained how not even fifteen years ago citizens of Saudi Arabia were in the dark about all the negative things happening in their culture; in the late ‘70’s there was a terrible bombing of a holy city in Saudi Arabia, yet if you were to ask any of the citizens, they would not be able to tell you about it or what took place, because these things were not relayed through the public through news and the government. Saudi Arabia has always had a stigma about saving face and hiding the negatives, according to Fatima, she said that just recently the news has been producing stories and images of bombings and war. Therefore, the government opening up to its citizens over any channel of communication is a large step for Saudi Arabia. With all good comes bad though, with this new found freedom and openness there are some concerns as well, such as issues surrounding security, privacy, freedom of expression, and disruptive uses of social media on foreign policy making and diplomacy.

Successfully maneuvering through life requires attaining a set of skills, for example the ability to communicate with others and work through conflicts that are developed through different ways during a person’s life. Communication is the most important use of the internet because it is used personally, by business and by the government all over the world. In regards to conflict resolution, many of the approaches taken by people are real-life approaches as if they were doing this in person, therefore, many opportunities to practice these skills to prepare for real life situations are presented when communicating through the medium of social media. 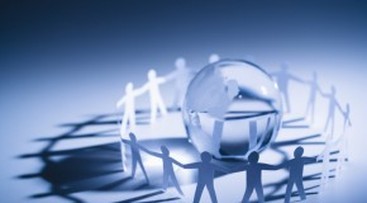 One of the obstacles to cross-cultural communication via social media that may immediately come to mind is the problem of not being able to pick up on body language and even breathing patterns, such as a bored sigh or impatient huffing and puffing, which can often be of great help in understanding the tone of the conversation. Experts say one of the most important issues to consider when communicating cross-culturally is what type of communication is preferred or best accommodates the way in which people in the other person’s culture interact with each other. "One must first recognize that different cultures prefer different communication styles," stated Michael Soon Lee, MBA CSP, President of EthnoConnect.com and co-author of "Cross-Cultural Selling for Dummies." One of the benefits of the ever-growing social media type of cross-cultural communication, some believe to be, is that it can in essence help with creating a universal language, at least in online settings if not anywhere else and is a great starting point. The growing popularity of social networks, global classrooms, online meeting technology, etc. along with the mass amount of usage of these tools in educational and business settings, makes the experience of cross-cultural communications using social not only possible for Americans, but for people worldwide, i.e. Saudi Arabia. Because of this, it is extremely important to understand and take into account when communicating the fact that people from different cultures communicate best in certain ways unique to their culture alone and can be extremely different from other cultures, and to also take advantage of the possibilities that social media offers that help people to break down and better understand language and cultural barriers in cross-cultural communication.

"The Effect of Social Media on Government and Traditional Media: Yousef Tuqan of Flip