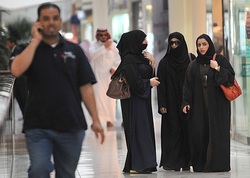 Friendship is a difficult subject to pin down. Every aspect about friendship changes for every country, age, and ethnic/social group. Friendships can span through out the world or only exist in the borders of a small town or small group of people. They are able to last forever or only for a few hours.

People are defined by there relationships with others. The ability to communicate and associate with other people is an important factor for survival of an individual. Everyone craves for attention and emotional support from other people. They want others to approve and affirm their decisions and actions in life. People who are friends also rely on each other for social conduct.

Understanding how friendships are developed and formed in different cultures or ethnic groups can tremendously aid the establishment of intercultural communications. Intercultural friendships can lead to a greater understanding to how the world functions in the age of globalization. The creations of social media has allowed us to be able to maintain connection with people across the world and is actually changing younger generations’ idea of what a friend is. Is a friend just someone that is on your Facebook account or are they an individual that you can physically touch and witness? This, along with many others, is one of the questions that this chapter seeks to answer.

Just like how friendships are held highly in the United States, they are held just as highly if not higher in Saudi Arabia. This chapter will also seek to explain friendship in Saudi Arabia. It is quite surprising to discover how many similarities that both Americans and Saudi Arabians have when it comes to the topic of friendships. Being able to understand the relationship between two individuals in Saudi Arabia will greatly aid ones ability to communicate with new people and business partners. Borders are constructed when we close our minds to different cultures and friendships within those cultures. These borders are challenged through communication with other cultures and ideologies. The more we communicate across borders we are able to brake down the walls along the borders that were built up and establish who we are through the relationship that we maintain, not only at home, but around the world.